Ah, but there. It's crossed. I've lost if I don't swoop in with an element of pop culture. As if discussion of thought and theory has to be tethered visibly to soil. Fine, I concede. Surly Bitter Brewer seconds to Rogue's Black Brutal. It's a fact to be taken as fact. Belhaven Wee Heavy cocks them both. Mixing the ideal with the earthly. It's not even the level of Baroque wordplay that might make a ramble of this sort acceptable. The demilitarized zone of intellectualism and diddling one's own grey matter. Is it onanism when one wishes to express and not merely bask in the moment of spinout jubilation?

Perhaps such a display can be forgiven if it yields something beyond the self. Those plans on the table, the ones I spoke of earlier. Those responsibilities never mentioned, yet counterbalanced with instances of more. What Gadda does in translation. What intent does to complascence. How it all seems connected to the last inch of cigar on which I draw, attempting to enjoy the taste and not the heat. Not yet old enough to glean flavor from the full range of the spectrum of heat.

This, the part that will stay mine. I speed up to leave skid marks on the moment, only to realize the lack of track upon which to run...etc. etc. 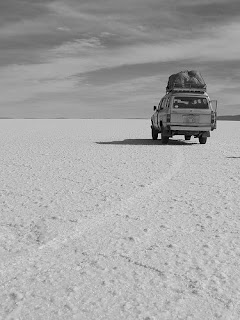 I need a week of abandon. Italy, Germany, England. Some realm far enough away that I can call it aether. Time there. Carved out of long, unadulterated stretches of the soul's hologram. Steps down strange streets taken slowly. Everything slowly. Drawing on a fine cigar. A sip. Even writing, slowly, with a fine instrument, opting speed for the aesthetic enjoyment of languid unfolding.

Italy, with my anglophile tendencies winking amorously at England. A bit off, I see, as more and more enter the bar. Local poetic champions adding a bit of charismatic dirt to their noble vitae. For some of us, the dirt is all we have. We learn to build castles that don't last the night.

Italy. It hits me like the bathroom grafitti. "Dead Carp" writting in the shape of a fish. "Screw you" which just makes me feel wanted. I have never imagined Italy beyond my reverie, yet now I plot to work there for a summer, real friends with real family who might make it happen.

What do I believe could happen? A timeless moment to carry with me like a fob back into my routine life? Something to fondle as I wince through days? A split second snatch of melody that alters the cells of the heart? Yes, I expect as much. I am still that young. To research a city's gunning legacy, and respect it with response. A fine point put to the country who puts itself forward - its major meccas at least - in a way that illustrates the Parisian Left Bank in ways itself can no longer.

For this meantime, then, I will sprint within my confines. The way I draw slowly on the final quarter inch of this 5 Vegas, Limited Edition. A smile of thanks to local liquor starburst Jay Johnson for his generosity....