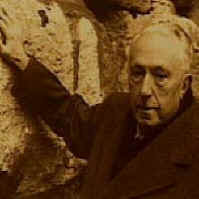 It was, when allowing himself to think from this perspective, the most responsible thing to do. Vets in the old country were no stranger to it, nor were medieval charlatans posing as holy men of medicine. How something so old brings with it, into the present, a very natural aura of propriety, of old testament rightness rooted in ancient, simple sense.

A cut along a tainted path of vein

Interception of the problem at the dangerous source, as if to remove a poisoned dermis from the face of a child. But no one time treatment for some. No. For some it is a chronic addition to purity. Daily, had he his way. Bleed himself of the rue of life deemed spoiled somehow in its passing from anticipation to forgetting. Itching behind eyes and scalp, he would self-impose treatment wherever, whenever. Get it out, pin it down to anything that would soak up the black desire.

Some volunteer for pain and sweat for the sake of a better physique.

Others prefer to keep a ripped soul, abs be damned.
Posted by Michael K. Gause at 6:39 PM No comments: