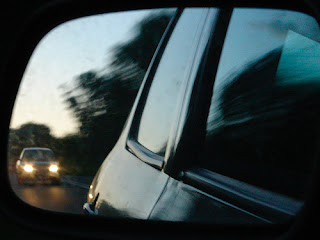 WHAT I TEND TO LEAVE OUT are the spaces between here and there, where I watch the world with an accountant's eye. But what I omit connects the major organs, veins that are vital but assumed. I caught myself in the car, traversing a minor capillary from spleen to lung of the capitol city. Like snapping awake on a sleepy night drive, I saw going by a million million places from which I should observe the world. A lamppost on West 7th. A Vine Park bush. The fountain where the moon showers more of its attention than anywhere in the city. They were elongated and transient in passing. The only thing that stuck was the blaring ambulance speeding past, The driver's eyes catching mine for an instant telling me he was headed for some memory of mine on its last breath, having failed to honor it properly.