E V E R Y  O T H E R  S A T U R D A Y he walked down to the park to watch kids dare gravity on the monkey bars. Box elders and clouds framed the playground in a wholesome scene which drowned out thoughts of smashed noses and broken necks. The thoughts came anyway. Hot and fast and each time dark blood cracks down downy faces found their way inside, he blinked them away or thought of the birth of his son, the rare goodness that comes of blood. From the bench he watched dirtybright faces sprint in all directions, impossible speeds around slide and swing toward nothing but themselves in a Mobius strip of abandon. A perpetual motion machine made of laughter. The legs in his mind remembered the lurch, burst, and arc. The drive of the chase. He rubbed his knees at the thought of it. Prickly rushes of blood feeding quads and calf. It was a memory so vivid it distanced him. The simple sense it made to fight the wind with your face. The half shadow you find youself sitting in when you slow down. Nostalgia is a kind of running, too, he sometimes told himself. If that were true, he figured he should have corporate sponsorship by now. 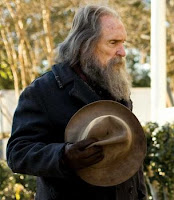 His watery, bluegrey eyes still marveled at it all. A glimpse of them catching a glimpse of him in mirrors and close shop windows. What a weird old uncle they seemed to have taken up with. He could feel the wrinkles with a light brush of a finger or against themselves with every smile or wince. A boy in a skull and crossbones T-shirt shot past, leaving his would-be captors behind. The sight made his legs hurt. They, too, seemed to have been moonlighting over the years. Cheating on him with a marathon runner. The night shift with a construction worker, his hardened time all done. His knees reminded him that, by the way, they have decided to retire and any work from this point forward was going to cost extra. He knew it was natural to slow down, for things to dis integrate. Succumb to science and chronology. The body had, somewhere in the night, become closer to errant scaffolding, creakfilled and erected against some larger edifice that never seemed to get fixed. What once felt like a single, fluid system had begun to break into fiefdoms. Arms, neck, and back had become plots of land, purchased cheap and growing fallow. Through the seasons each one grew a little wilder, filling with weeds you couldn't possibly fight. Marshland pains. Strange and gnarly funguses on branches, rendering them unsightly and, in the end, useless. Old branches. Tensilelost limbs. He looked at the trees again over the playground. Brother trees. Sister trees. All the years spent growing up in forests, looking for a sign. Weekends in slow reverence around oaks and elders listening, watching on as the wind shared intimate moments with their million leaves. They never told him the secrets he was earning in the solitude he chose over a normal life. Waiting. Watching. Sometimes a prayer. In return only movement and the sound of waves trying to leave the tide. They'd said nature had the answers, if you knew how to listen. So he listened. And in the end he concluded he'd listened every damned way a man's ear can do it. If they do have secrets, they're sure as hell keeping them to themselves. And he knew with every passing year, his hearing would only get worse.
Posted by Michael K. Gause at 8:07 AM

Especially love the bit towards the end that focuses on the trees. Slows it down nicely. Can just picture the wind sharing intimate moments with the millions of leaves.

Thanks, Tracy. It is still rough. I'm working on a longer piece that includes this one. It seems I like to show the world the cars I'm working on before they run.